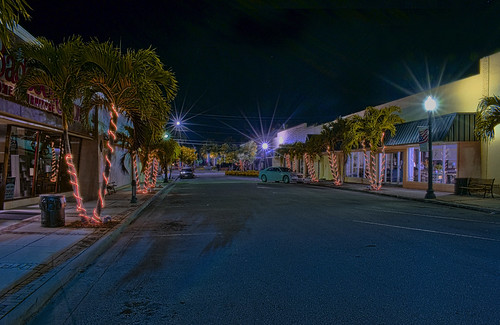 Clewiston is a city in Hendry County, Florida, United States. Its location is on the Atlantic coastal plain. The population was 7,155 at the 2010 census, up from 6,460 at the 2000 census. The estimated population in 2015 was 7,505. The city is located on the south bank of Lake Okeechobee, and the Lake Okeechobee Scenic Trail passes through the edge of the city.

The city is home to the Clewiston Museum and the Dixie Crystal Theatre. The area has been home to Seminole tribe members and sugar plantations. The Ah-Tah-Thi-Ki Seminole Indian Museum is located 32 miles south of the city.

The area beside Lake Okeechobee was once used as a fishing camp by the Seminole tribe. The first permanent settlement began in 1920, when John O’Brien of Philadelphia and Alonzo Clewis of Tampa purchased a large tract of land to establish a town. They commissioned a town plan and built the Moore Haven & Clewiston Railroad to connect the community to the Atlantic Coast Line Railroad at Moore Haven. Incorporated as a city in 1925, Clewiston would become noted for its sport fishing, particularly of largemouth bass.

Large sugar plantations were established around Lake Okeechobee. By the 1950s and 1960s, the cultivation of citrus, vegetables and cattle were also important to the economy. The US Sugar Corporation, however, remained the dominant manufacturer in Clewiston, which became known as "America’s Sweetest Town". On June 24, 2008, Governor Charlie Crist announced that the state of Florida had arranged to buy for $1.75 billion the company’s 187,000 acres (76,000 ha), including the refinery in Clewiston. On November 11, the plan was scaled back to $1.34 billion for 181,000 acres (73,000 ha) of farmland, no longer including the mill, citrus processing facilities and other assets. This would allow the company to remain in business and leave open the possibility of preserving its 1,700 jobs.

Over the next seven crop cycles, the farmland would be leased back from the state to US Sugar for $60 million. It would then be converted into reservoirs and water-filtering areas as part of the ongoing restoration of the Everglades ecosystem.

Clewiston is located in the northeast corner of Hendry County at 26°45′12″N 80°56′01″W, on the southwestern shore of Lake Okeechobee. It is part of the Florida Heartland region.

U.S. Route 27 passes through the center of Clewiston, leading west then north 15 miles (24 km) to Moore Haven, and southeast 16 miles (26 km) to South Bay. Florida State Road 80 runs with US 27 through Clewiston but leads west 31 miles (50 km) to LaBelle, the Hendry County seat.

Credit for the data above is given to the following website:
en.wikipedia.org/wiki/Clewiston,_Florida